After leaving Denver, Melissa, Sam and Jamie took a couple of days for the drive to eastern Washington before our next show in Spokane. Taking the scenic route almost backfired when they found themselves in a freak blizzard in Wyoming

However, the steely-nerved Melissa shepherded the van through the storm and the band was able to continue on to Yellowstone, where they saw:

Meanwhile, I, realizing I had left my pajamas in Oklahoma City, returned home to retrieve a new pair, and also help my wife put together some furniture at my mom’s house.

On the plane ride back I flew over the Grand Canyon so that was cool.

The band snagged me from the Spokane airport on Wednesday afternoon

And headed towards downtown Spokane to rendezvous with my old friend Trey Lavigne, who played with me in the Jonx and before that in the great Coffin Grinder 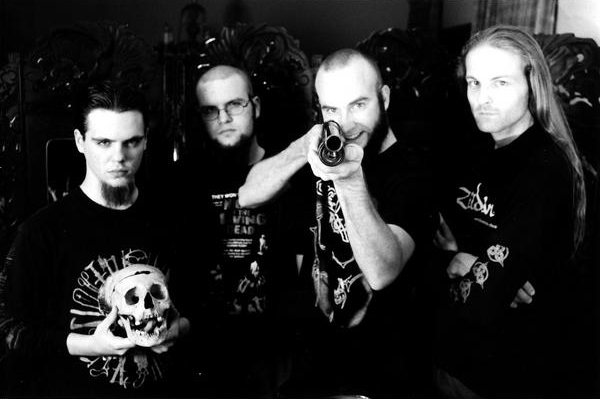 Trey had to run to band practice so his better half Katherine showed us around their insanely beautiful neighborhood, including an excellent cliff for EITHER enjoying a breathtaking view of the whole of Spokane OR jumping to your gory death

The original opener had to drop off this show, so Trey was enlisted to fill the gap with his newly formed (like, last week) project Servants of the Second Sun.

I’ve already mentioned that these guys haven’t been playing together long but between Trey’s always-effortless stage presence and drummer Harvey’s enthusiasm they were charming all the same. The band ripped through three heavy tunes that I have a strong suspicion were all named after Magic cards, and then Trey invited me onstage for an impromptu rendition of “I Don’t Need Society” by DRI. I’m not going to pretend we played this song correctly but we played all the parts where Spike says the name of the song so I think that’s good enough!

After rearranging the entirety of the rear of the club to get our gear ready (Mootsy’s is not large) and an abbreviated soundcheck we hit the stage. Setlist:

Dead
A Ruined Oak
Welcome to the Adders’ Land
Green Vial
Lurching Away
The Savage Sky
A Cruel Weight, Thy Wound

After rearranging everything again, Zor*Lac was up.

Harvey from Servants of the Second Sun was doing double duty with Zor*Lac on guitar (apparently he’s “that guy” in Spokane who is in all the bands), and I noticed him wearing a t-shirt bearing the cover of the Isolated Human 7″ by Hatred Surge.

Hatred Surge are one of my all-time favorite grind bands so my warmest props to this gentleman for his exquisite taste.

We all liked Zor*Lac. The harshness and screamy vocals reminded me a little of Willpower-era Today Is The Day; Sam thought they sounded a little like the venerable Houston sludge band Bowel. And they were LOUD. Louder than us, and it wasn’t close.

I’m temped to add that they were extremely nice and cool dudes, but that seems redundant because EVERYONE we met in Spokane was amazing, from Dan Elliott and Geo from the band Bruja who put the show together, to the random people who bought our merch before we even played, to our old friends Trey and Katherine and Brian who fit right in with all of these beautiful people. Seriously everyone at this place was amazing, and as for Mootsy’s, well, a picture is worth a thousand words:

Thank you to everyone in Spokane. We love you.